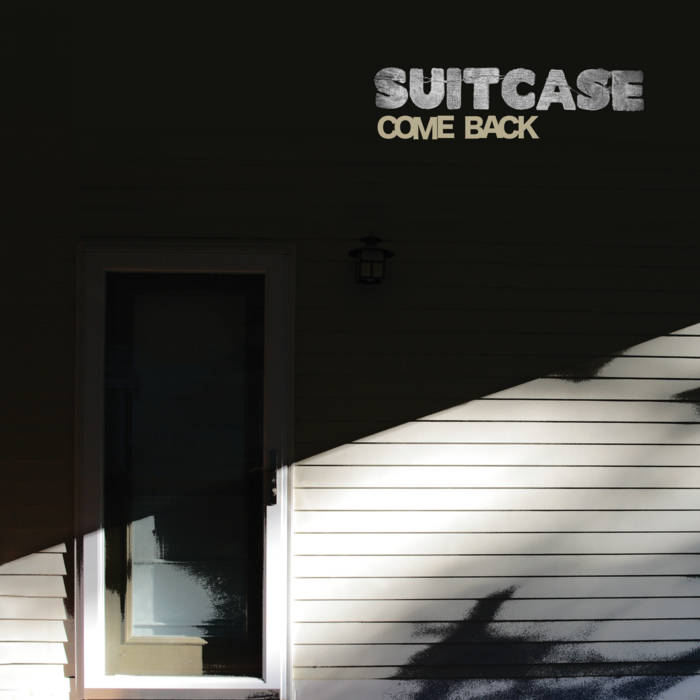 To understand the history of the Seattle-based rock ‘n’ roll band, Suitcase, is to understand the idea of dualism. Similar to a strand of DNA, the band is a double helix with two sides working in tandem to create the building blocks of something bigger than any single component. Indeed, what began in the mid-90s has since blossomed into something special, but that wouldn’t have been the case without the constant push-and-pull from the band’s central members, Don Farwell and Ed Otto.

The seeds for Suitcase were first planted in 1995 at Washington’s Evergreen State College where Don recruited some musicians to jam, including original member, bassist Sonam Miller. The band’s first shows came in 1996 and while there was much room for the project to grow, there was clear direction. Soon, Don, who was also working on a burgeoning career as a recording engineer at Washington’s Bear Creek Studio, enlisted Ed, the talented musician and songwriter.

“At first, Ed wrote songs but wouldn’t sing them,” recalls Don. “Our first incarnation, he made me sing the songs. But at some point a couple years later, Ed began to sing. He has a really different approach to songwriting. It provided a great blend.”

Many great bands feature a dichotomous core - think: John and Paul in the Beatles, Mick and Keith in The Rolling Stones and Anne and Nancy in Heart. Similarly, Don and Ed provided the necessary two sides of Suitcase’s successful coin.

“We’re best friends,” says Ed, “but that didn’t stop us from getting into arguments in the studio. We pushed each other’s buttons. We had different stylistic points of view but, ultimately, over a long period of time that really worked for us. We learned how to use it.”

Using it meant using their musical acumen with their powers of observation. As the band grew - both in confidence and song catalogue - the players, which included Miller on bass and now Jon Foley on drums, learned how to make space for one another. Space became a major theme for the group. Growth, of course, requires room to spread out and this was crucial for Suitcase as the group zeroed-in on their first EPs and, later, their breakthrough second LP.

Suitcase released their second LP, Lisabeula, in 2001, a collection of 13 songs that bridged the gap between the heavy rock Seattle had come to be known for in the late 20th century and the pretty choruses that would propel it into a new sonic future.

“The album started with me crying in a bar,” remembers Don. “I had been trying to break up the band but I couldn’t do it. So, I said, ‘If we’re going to stay together, we need to make a record.’ And we did.”

The record did more for the band than they could have predicted in their most grandiose daydreams. Seattle’s famed radio station, KEXP, picked up the LP and spun it in rotation. DJ John Richards especially took to it, inviting the band to play a prestigious in-studio on his historic Audioasis radio show. In addition, Suitcase was asked to play to thousands over the airwaves on KEXP’s show, The Live Room.

But the biggest feather in the cap came when R.E.M. guitarist, Peter Buck, singled out the “really good” group after seeing them play live, saying, “Geez, I haven’t seen a band that was unheralded in a long time that I liked.” The shoutout led to high-profile gigs at venues like The Crocodile, The Tractor Tavern and Sit ‘n’ Spin.

A year later, however, the duties and realities of life caught up with Suitcase and the group had to disband in 2002. Both Don and Ed went on to play intermittently with other groups and, later, Don founded his own recording studio, Earwig, in the city’s Wallingford neighborhood. Unbeknownst to Don, however, this professional decision would lead to Suitcase getting back together years later.

In 2017, the band received an opportunity it couldn’t refuse. The new Emerald City-based music festival, Upstream, had asked the band to play a reunion show. The band agreed and though they had to drop out of the festival at the last minute because a severe injury sustained by their drummer, the invitation created the momentum the group needed. Enter the band’s most recent record, Come Back.

The 2019 album picks up where Lisabeula left off but also offers a musical evolution for the four-piece, which now includes Clint Hoyler on bass and Joe Patterson on drums.

“Timing is everything,” says Ed. “Having the chance to make music feels really joyful. I love the creative process. Clint and Joe are so good; it really made me step my game up even further. I didn’t want to let these guys down. There’s no attitude, we’re all on the same page.”

Come Back features several hits, including the ear worm, “This Party Sucks,” a smashing, catching track flouting FOMO and pushing the listener to love what he’s doing rather than jump on the bandwagon of someone else’s joy. Much of Come Back was recorded at Earwig, which has become a community and creative hub for the band. Indeed, Earwig is the launching pad for the future of Suitcase and both Don and Ed couldn’t be more excited for the days, months and years to come.

“We’re getting back to the music,” Don says. “The really cool thing about that is reconnecting with old friends. I remember distinctly what it was like in the 90s and 2000s. Then Ed and I started our families, life happened. Now, though, we’ve come back to the band. We have our sound. Ed and I co-write the songs and we’re ready to share Come Back with our fans before making even more music.”

Produced, engineered and mixed by Don Farwell at Earwig Studio

Bandcamp Daily  your guide to the world of Bandcamp